“How Do You GAL” by Melinda Nusbaum 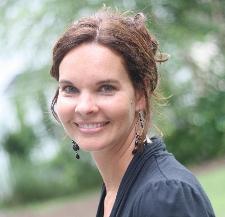 My work as a GAL began in 2014, but my story begins over a decade before that when I was summoned to Jury Duty. Part of our orientation included a short video encouraging child advocates in the court system. It was the first time I’d ever heard the term “Guardian ad Litem.” The message resonated with me, but at that time I had my own young children and volunteering as a GAL was not feasible. Still, I picked up a brochure and tucked it away for “later.”

Years later, with my own children growing, graduating and moving out, I found myself considering how to fill my increasing availability. I felt a strong desire to become more involved in my community but couldn’t quite put my finger on how. Too tired to act on it then, I pulled out a post-it note from my bedside table to capture the idea until morning. I awoke to find “child advocate in the court system” scrawled out as a reminder. Thanks to the internet, I easily retraced that phrase back to the forgotten Guardian ad Litem program. My “later” had arrived.

Now, sandwiched between memories of my own children, I have favorite moments with “my” GAL children. I think fondly of sitting together on a trampoline outside of their foster home as they read books to me. I picture having lunch together at school as they shared worries as large as returning home and as small as cafeteria hamburgers. I remember one of them exclaiming, “We’re so lucky to have you as our GAL, Ms. Melinda!” and feel grateful that through their long, drawn-out case, during which their schools, placements, therapists and social workers changed multiple times, I could be a source of constancy in their life. Every child needs some sense of normalcy. Every child needs to feel loved, valued and heard. Every child needs a voice. That’s why I GAL.

“This is my ultimate goal-- our ultimate goal-- to blend our journey with those of the children we help. To walk alongside them offering them a glimpse of humanity, where they see little. I have learned that the story of these children is just beginning.” - Matt Henderson, GAL since 2015